How Einstein’s theory of relativity changed the world

JUDY WOODRUFF: But, first, this week marks the 100th anniversary of the publication of Albert Einstein’s greatest work, a series of papers laying out the general theory of relativity.

Gwen has a look at how it changed our understanding of the cosmos and the man behind the ideas.

She recorded this conversation earlier this week.

GWEN IFILL: His work transformed our way of living at the cosmos.

When Einstein put forward his general theory of relativity, that gravity itself is the bending of space and time by mass and energy, it was a seminal moment in the history of science.

Today, the importance of his work is even better recognized than a century ago.

Here’s a clip about how it’s seen today.

MAN: The best theories in physics always take to places where the people who invented them didn’t imagine.

MAN: And liftoff of space shuttle Discovery with the Hubble space telescope, our window on the universe.

NARRATOR: Today, 100 years after general relativity is first presented, new technology is allowing us to explore the most remarkable predictions of the theory, an expanding universe, black holes, ripples in space-time, and perhaps the most bizarre, the idea that not just space, but time itself, is distorted by heavy objects.

GWEN IFILL: Walter Isaacson, who’s in tonight’s special, is the author of a well-known biography on Einstein. He’s also the CEO of the Aspen Institute.

WALTER ISAACSON, Author, “Einstein: His Life and Universe”: Good to be back, Gwen.

GWEN IFILL: You have said that the theory, the general theory of relativity — I’m going to say that right — is the most beautiful theory in the history of science.

What do you mean by that?

It is a mathematical, as well as conceptual masterpiece. It’s something that can be visualized as bodies telling space and time how to curve and the curving of space and time telling bodies how to move, and then the math goes with it.

And it was just a hugely — it wasn’t like a little improvement over Newton’s universe. It was just a whole new way of looking at the universe.

GWEN IFILL: Define relativity for a layperson like myself.

WALTER ISAACSON: Relativity begins in 1905, in which Einstein says, oh, time is relative depending on your state of motion.

Then 10 years ago, exactly 100 years ago this week, he comes up with the generalization of the theory that says acceleration, gravity, time, space, they’re all related, and these equations show how.

GWEN IFILL: And the thing that bends the whole conversation is the speed of light, right? We use the term speed of light in a haphazard way all the time, but he meant it in a very literal way.

WALTER ISAACSON: It begins with Einstein trying to figure out, why is the speed of light always constant, no matter which way you’re moving, if you’re moving toward the source of the light or away from it?

And in 1905, when he was just a patent clerk in the Swiss patent office, all the physicists of Europe are trying to figure this out. And he begins his path to whole theory of relativity by realizing that if you’re traveling really fast, say, to a clock, it will look different for you, whether it’s synchronized, as somebody traveling really fast in the other direction.

GWEN IFILL: And then gravity comes into the equation.

WALTER ISAACSON: Right. It takes him 10 years to generalize this — the theory, because he’s wondering, what about the acceleration?

And his theory says, nothing can travel faster than the speed of light. But Newton’s theory of gravity said that gravity acts instantaneously, the moon pulling the sun, pulling the Earth, vice versa. That’s instantaneous.

And Einstein is trying to figure out how that could be, and so he realizes that the effects you would feel of acceleration, like if you’re in an car, an elevator car accelerating upwards, that feels just like gravity. And he comes up with the equivalence theory, that gravity and acceleration are both really the same thing.

GWEN IFILL: Bowling ball and the trampoline, explain — I love that idea, that analogy.

WALTER ISAACSON: That’s another way he visualizes it, because the cool thing about Einstein is, he thinks visually in imaginative thought experiment.

And one of them is rolling a big ball on a piece of fabric. You and I can call it a trampoline. And what happens? It curves the fabric. Now, if you roll some billiard balls behind it, what happens? They roll and they start curving towards the bowling ball. Why? Not because the bowling ball has some mysterious attraction at a distance, but because the ball has curved the fabric of the trampoline.

And what Einstein is able to visualize is that a big mass moving curves not just the fabric of the trampoline, but all four dimensions of space and time.

GWEN IFILL: You talk about thought experiments. Was Einstein basically a daydreamer?

WALTER ISAACSON: Yes. He gets to call them gedankenexperiment, which means thought experiments.

These are things where he imagines what happens if a big object is rolling across a fabric. And it’s just imagination, what we might call daydreaming. He never did physical experiments in a lab. He just did the experiments visualizing concepts in his head and said, well, what if I caught up with a light beam? Or what if I were in the car — an elevator car accelerating upward in outer space where there is no gravity?

Or what would happen if a massive object rolled over a fabric? These were the imaginative thought experiments that leads him to this most beautiful of all theories.

GWEN IFILL: If this was never proven in a lab, or at least if that is not where his ideas came from, has anyone ever tried in the 100 years since to debunk the theory?

WALTER ISAACSON: Oh, over and over again.

The first major proof is in 1919, because he says, well, gravity will bend a light beam a certain way. And you say, well, we could look at the light from a star that goes right next to the sun to see if it’s bent. But you can’t do that unless you have a total eclipse. Otherwise, you go blind.

So, they wait for the 1919 eclipse, and it proves Einstein right. Over and over again, you read stories saying, Einstein’s theories disproved or debunked, and then you wait a month or two, and there has been nothing that has cut out the underpinnings of general relativity, of all of relativity.

And even the ones that Einstein thought, well, this just can’t be true, like his theory predicts black holes — it predicts an expanding cosmos. He said, well, that can’t be right, so maybe somebody will have to fix the theory. It turns out the theory is right, and the universe is expanding. There are black holes.

GWEN IFILL: Einstein, we salute you.

GWEN IFILL: A hundred years ago. 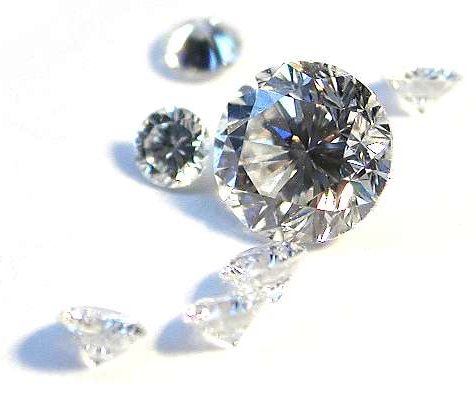